For the crust: In a medium bowl, combine butter, granulated sugar, 1 egg and the flour with a spoon until combined. Refrigerate for 1 hour.Press into the bottom of the pan and lightly up the sides of the pan.

For the cheesecake filling: In the bowl of a stand mixer, cream together sour cream and the sugar with the paddle attachment until creamy, about 1 minute. 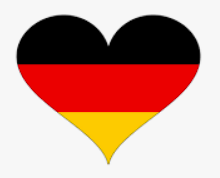 Thank you Ursula and Henry for a lighter, fluffier, and very delicious cheese cake recipe.